The Sound with Bobby Z Past Shows 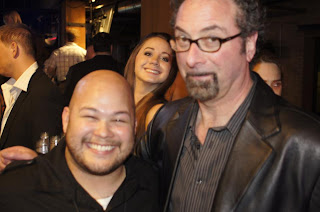 Shouts out to the Photo Bomber


Take a listen to a show I produce a long side Bobby Z (drummer from Prince and the Revolution) called The Sound With Bobby Z on 96.3 K-TWIN. All Minneasota music.

6/3/12 Nick from First Ave calls in; Producer David Z calls into to talk about "She Drives Me Crazy" by the Fine Young Cannibals; La Guns Drummer Steve Riley Calls into talk about their upcoming show at Biffs in Spring Lake Park on June 10th; and Great Music from Prince, Bobby Dylan, Jimi Hendrix, Summertime Dropouts, A. Wolf and her claws, The Replacements, Mod Sun and more